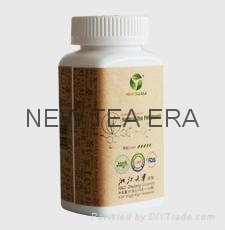 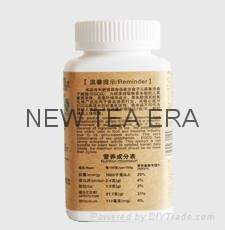 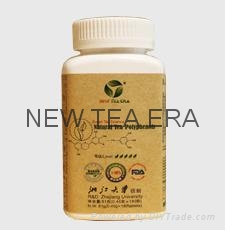 Tea Polyphenols
For centuries, green tea has been prized for its delicate flavor and exceptional health benefits in Eastern and far Eastern countries especially China where green tea has been grown and used for over 4000years.
Now modern science has revealed the chemistry behind the lore: green tea contains high levels of polyphenils and catechins, the highly potent antioxidants, which is 25-100times as strong as those of vitamin C and E. Several research studies have shown that green tea extract may potentially protect various parts of the human body against diseases such as cardiovascular system problems, various cancers, Alzheimer's as well as reductiion of stress related conditions and even weight loss .
The anti-oxidants in green tea extract has the ability to improve the health of the artery walls by stripping the plaque built up on these walls and strengthening the cells that line it, thus imptoving blood flow and circulation which is turn protect against cardio-vascular diseases such as stroke and angina as well as blood pressure conditions ans cholesterol issues.

EGCG
The scientific name table epigallocatechin gallate, is one of the four main components of tea polyphenols. Polyphenols are one of the main ingredients to form a tea color, flavor, and it is one of the main ingredients in tea have health functions. Polyphenols can block lipid peroxidation process, enhance the activity of anzymes in the human body, whicn play anti-mutagenic, anti-cancer effect, its active substances Bureau detoxification anf anti-radiation effect, can effectively prevent radioactive substances invade the bone marrow, and strontium-90 and cobalt-60 can rapidly excreted, health anf the medical profession has been hailed as "Radiation nemesis". Polypheonls, including EGCG, EGC, ECG, EC four major components, the order of the antiocidant activity is EC＜ECG＜EGC＜EGCG.

Matcha Powder
Ultrafine grinding into a natural graphite powder, covered in steaming green tea.While ordinary tea contains high nutrients, but the tea is only true for the water-soluble portion of 35%, a large number of water-insoluble active ingredients have been thrown away as tea leaves. Experiments show that more nutrients can be sucked by eating tea than drinking tea, the nutrients contains in one bowl of Matcha is more than 30 cups of regular green tea, Japanese tea ceremony teachers so almost without exception, longevity later years.
Changing to eat tea is not just a diet reform, but also meet the needs of the fast-paced modern life. Matcha is rich in nutrients and trace elements necessary for the body, the main component of tea polyphenols, caffeine, free amino acids, chlorphyll, protein, aromatic substances, cellulose, vitamins C,C,B1, B2, B3, B5, B6, E, K, H,ETC., trace elements potassium, calcium, magnesium, iron, sodium, zinc, selenium, fluoride, nearly more than 30 species. Matcha cellulose is 52.8 times the spinach, celery is 28.4 times, the digestion solution tires, weight loss fitness, removing acne effect, by today's beauty-conscious women of all age.

Why we improve Mingbao Series?

Nobel laureate Watson said 21st century is "the century of the brain." After cardiovascular disease, cancer and stroke, the fourth largest endanger human diseases Alzheimer's disease has come out, increasing year by year. Tea Theanine is a unique amino acid, studies have shown that theanine can significantly promote the release of dopamine in the brain center, improve the physiological activity of dopamine in the brain, thereby inhibiting nerve cell death caused by transient cerebral ischemia, prevention of disorders of the brain, such as cerebral embolism, cerebral hemorrhage, stroke, and when the treatment and prevention of brain injury or brain surgery virtual blood and Alzheimer's and other diseases. The tea can improve learning and memory, but also the result of the activation of the central nervous system neurotransmitter. Another caffeine in tea is well known stimulant, but when people drink tea instead feel relaxed, calm, ease of mind, has been confirmed mainly theanine role, and this effect can help relieve physical and mental fatigue and stability, reduce high blood pressure due to stress-induced.
Third, adjustment in line with national policy specifications and customer requirements.
Many customers may confuse why New Tea Era Mingbao Series suffix added tablet candy, in we apologize for any distresses we’ve made to you. The main customers of Mingbao series are almost oversea, as a dietary supplement varieties in the foreign market, and this corresponds to the domestic production, processing and sale of products must comply with the State Food and Drug Administration food production and processing access system that QS criteria. Currently, according to the relevant laws and regulations of the State, tablet candy is allowed under the guidelines QS food items only tablet form, and therefore the company produced products in tablet form of food packaging, the company was granted the use of tablet candy production license number QS3301 1301 0254, please check carefully to our customers. Thank you for your understanding. If you still have concerns, please contact us or communicate with our distributors for more information.
At the same time, because some users keep one piece of New Tea Era Mingbao in mouth to improve oral ulcers and throat discomfort, and therefore appropriate to add the sweetener is more conducive to taking comfort. D- mannitol, due to water absorption is small, sweet and refreshing, etc., play the role of excipients and sweeteners, and its sweetness equivalent to 70% sucrose, commonly used in diabetic food and health food and other low-calorie, low-sugar sweeteners, so it is safe to use sucrose contraindications, and no mandatory limit daily consumption, but does not recommend more than 20g / day (equivalent to more than 150 pcs more than the product daily needs).
Precautions
1. TP has property of chelating heavy metal; therefore, clients who are in need of replenishing Ca, Fe, and Zn or protein powder should keep a gap of 2 hours between the product and other complements to be sure the nutrition have been fully absorbed and utilized and the antioxidant performance of TP has reached its highest.
2. Considering the growth and development of children and special situations of pregnant and lying-in women, they are unsuitable to take in extra antioxidant substances. Therefore, children under 12 years old and pregnant and lying-in women are not recommended to take the product.
3. The natural active ingredients tea polyphenols contained in the product can easily be oxidized under light and heat; therefore, keep it in shady and cool places.