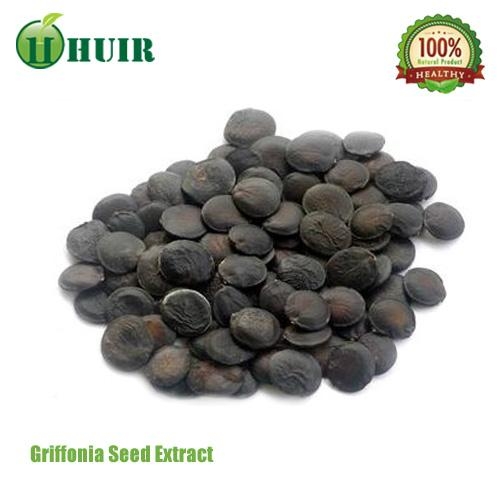 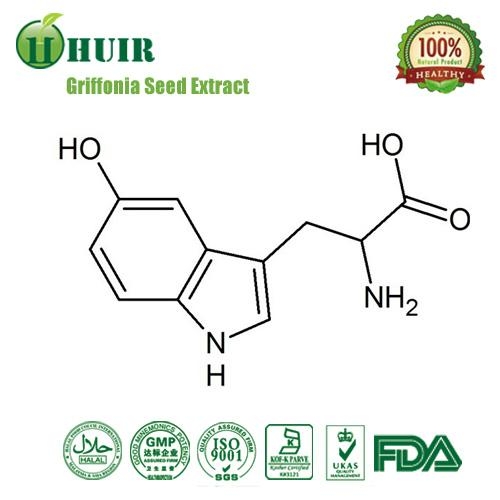 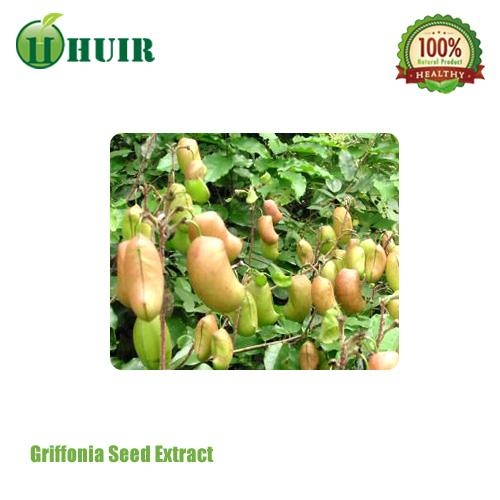 5-HTP is extracted from natural griffonia seed, the beans of a vine which native to Africa. In African folk medicine, Griffonia seed is reputed to be an aphrodisiac, as well as an antibiotic and a remedy for diarrhea, vomiting, and stomachache.

Recent years, some researches indicate that Griffonia seed can raise serotonin levels of the brain. Serotonin is significant to brain chemistry and especially important in problems of depression, insomnia, and eating disorders. Theoretically, supplementing with Griffonia seed can raise serotonin levels and provide relief from depression and insomnia. While Rongsheng Biotechnology always works for leading healthy life for human being so now Rongsheng has become one of the most professional manufacture of 5-HTP.

Griffonia seed also can regulate appetite by means of increase serotonin, leading to weight reduction for obese persons, at the same time, helping normalize the weight of people suffering from anorexia nervosa.

5-Hydroxytryptophan (5-HTP), also known as oxitriptan is a naturally occurring amino acid and chemical precursor as well as a metabolic intermediate in the biosynthesis of the neurotransmitters serotonin and melatonin from tryptophan.

-5-HTP can ease the tension, anxiety and improve sleep;

-5-HTP has the function of improving microcirculation;

-5-HTP is shown benefit to the reduce depression,anxiety;

-5-HTP has the function of antidepressant and sedative, having an effect on the nervous system.

-5-HTP can be used as raw materials of drugs for anti-bacterial, anti-depressants, anti-tumor and sedation,

it is widely used in fields of pharmaceutical and health products;

-5-HTP can be used as insomnia,other similar symptoms of psychasthenia and lose weight product raw material,

it is widely used in health products industry;

-5-HTP can be used as dietary supplements increased therapeutic function, it is wide used in field of dietary

-5-HTP can be used as products of sedative and anti-bacterial, they are widely used to add to beauty product in cosmetic industry.

Furong district male day then building 20 floor all the way