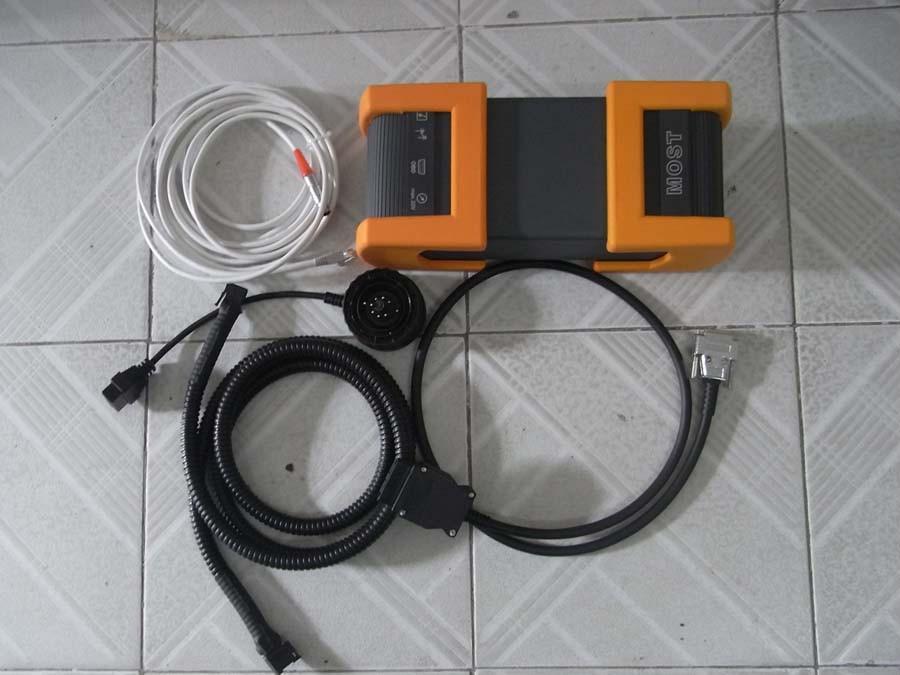 BMW OPS: Product Description: On vehicle models from the E65, BMW is for the first time using fiber-optic cables as standard for communication between control units.

OPS (Optical and Programming System) can be used especially to program vehicles from E65 as it allows, in addition to vehicle access via the OBD II interface, access to the MOST bus. Reference systems for the programming times of the E60 Series are exclusively the OPPS and OPS systems in association with DISplus, GT1 and the Software Service Station. There is no difference in the programming times when using the OPPS or OPS as the vehicle interface.

OPS is intended for rapid programming of control units. When operated at the SSS, no diagnostic or technical measuring pro-cedures are possible, as no measuring technology is incorporated; in this instance, OPPS / OPS is used predominantly for programming control units (flashing). Communication with the vehicle can be performed both via the MOST and via the OBD interface. The OBD interface is required for the power supply to the OPPS / OPS and has communication properties via which the vehicle can be identified and the data to be programmed can be determined. From CIP version 7.0, it is possible to delete fault code memories via OPPS / OPS.