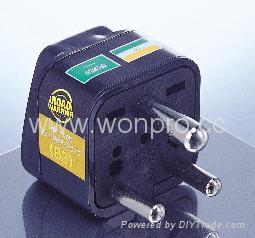 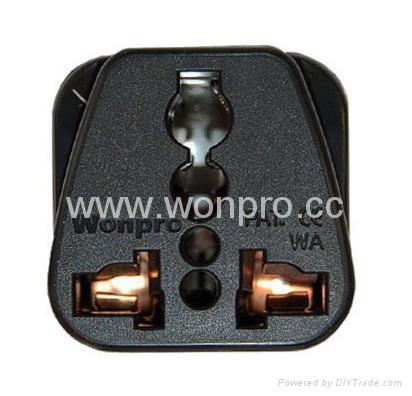 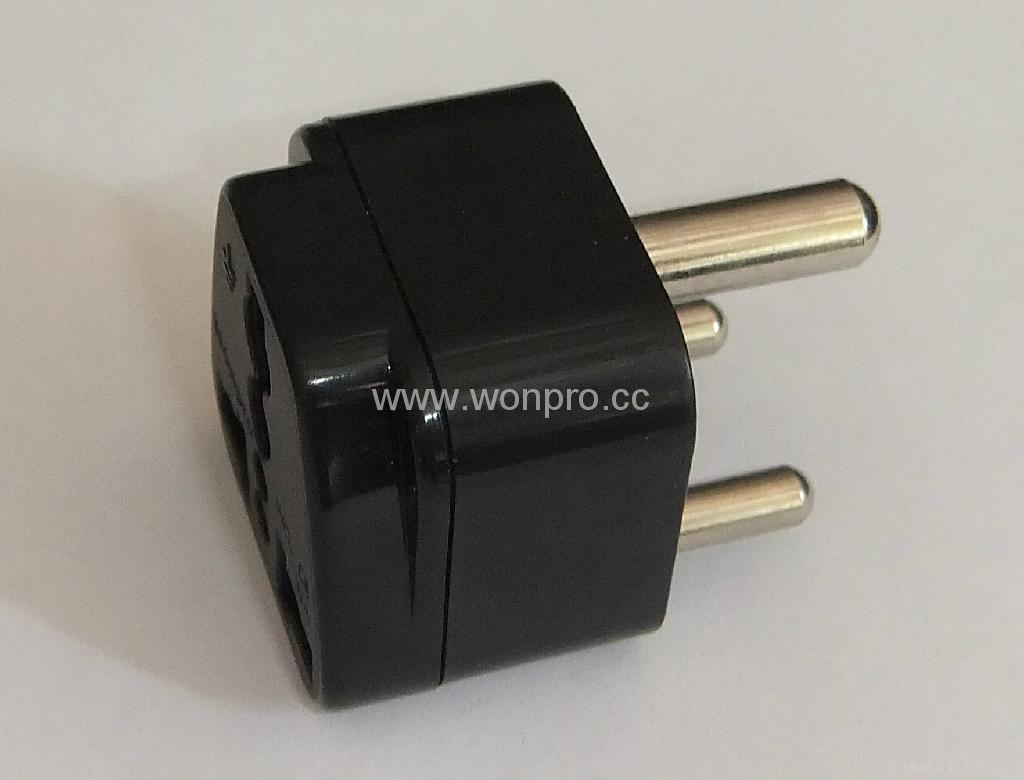 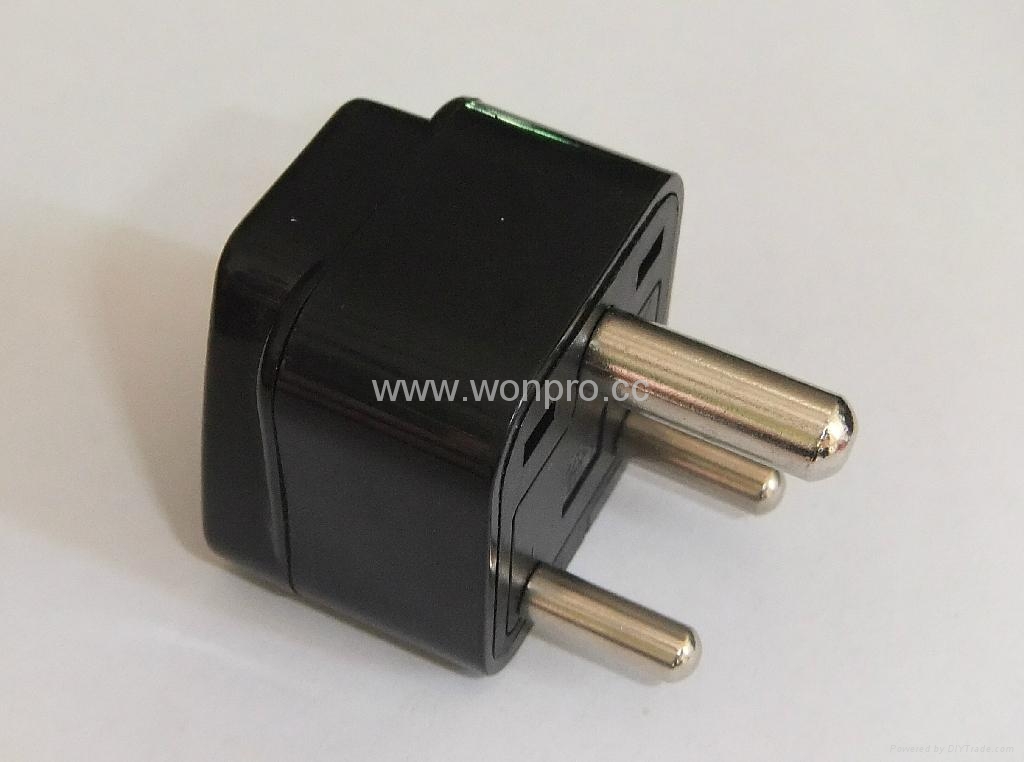 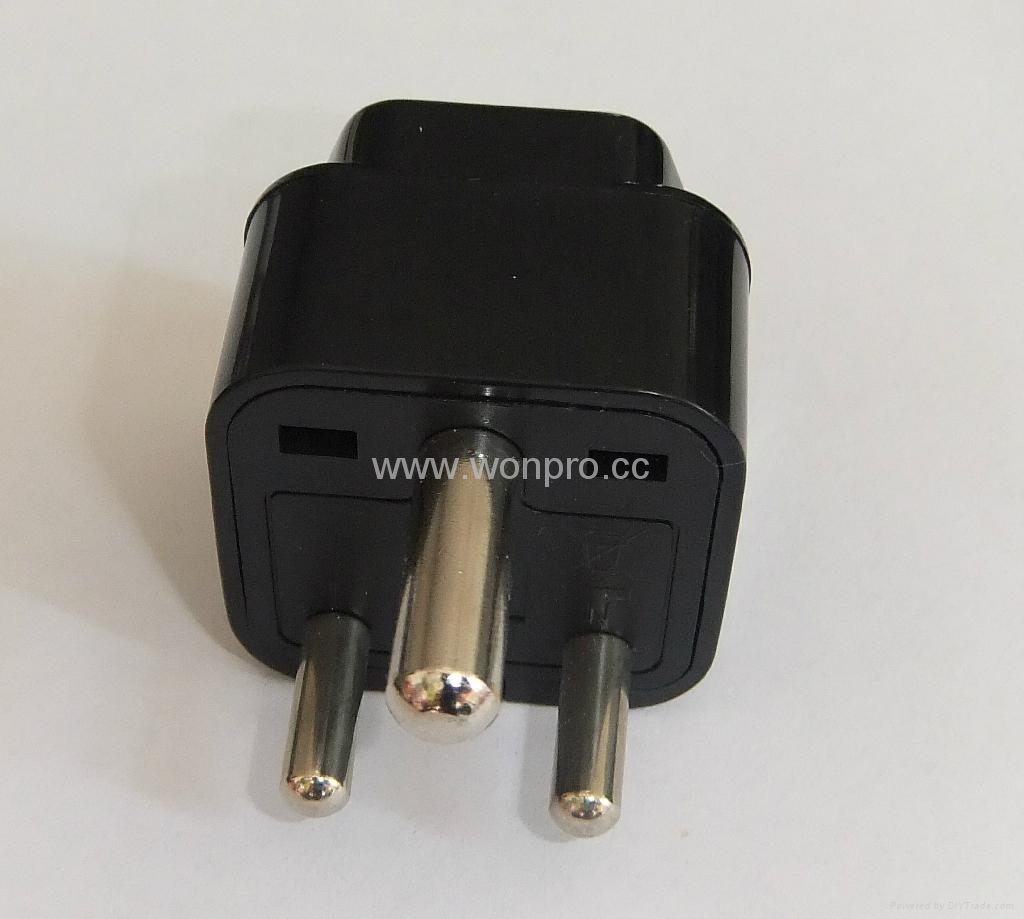 This plug adapter changes the shape of an appliance's plug so that can plug into a "Type D" Indian ("Small" 5 amp BS-546) socket. The receptacle end of the adapter can accept any standard household plug type from any country, except the "Type M" South African SABS1661 (Old British BS-546 "Large") plug. The plug end is a "Type D" Indian ("Small" 5 amp BS-546) plug. The adapter's live and neutral pins are 5mm in diameter and spaced 22mm apart, and the grounding pin is 7mm in diameter. The plug is polarized and grounded.

The Type D electrical plug has three large round pins in a triangular pattern. Type M plugs are often used alongside Type D plugs for larger appliances and as a result, some sockets work with both Type D and Type M plugs.

The Type D electrical plug is also known as the Old British Plug. It has three large round pins in a triangular configuration, and may be found in countries that were originally electrified by the British.

The technical name for the Type D plug and receptacle is the BS 546 (5 A/250 V earthed). This type was the standard in the UK until the 1940s. It was also previously used in South Africa, but has been phased out by the Type M. In other former British colonies, the plug has been mostly replaced by the Type G. Today, the Type D 5 A, and its 2 A cousin, are sometimes used in the UK for centrally switched lighting circuits, in order to distinguish them from normal power circuits.

Compatibility
This travel plug adapter is compatible with "Type D" Indian ("Small" 5 amp BS-546) sockets. This is an old British standard which is still the primary household socket type in India, Nepal, Namibia and Sri Lanka. It can also be encountered in some locations in several other countries as well, despite not being "the standard" in those countries. The "Type D" Indian plug and socket is not to be confused with the "Type M" South African plug and socket. In pictures, they look very similar, but the South African type is much larger than the Indian type, and they are physically incompatible.