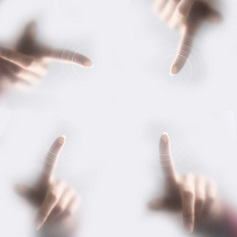 What kinds of Touch Panels Are You Looking for?

A touch panel overlay is one of the kinds of computer display screens, which can also be called an input device. Due to the sensitivity to the pressure of the touch panel sensor, users interact with the computer by touching the objects on the screen.

Three types of touch screens are listed below:

Touch Points of the Touch Panel

Single-touch interaction is capable of, at a lower price, realizing all the applications' goals. Gesture interaction, including, flick, slide and knead, requires dual/multiple support. Select the alternative to continue.

The advantage of single-touch is that the device design space is optimized, especially for small devices, because it can "install" screens and buttons in the same area at the same time; second, because the buttons can be bound to any application in the operating system, So the "buttons" used by the device can reach an unlimited number.

The user's two hands have ten fingers, and when the users interact with each other, more fingers appear on the screen. This is the origin of the multi-touch concept of recognizing the position of a finger, which enables manipulation of more than two fingers. Projected capacitive touch screens support single or multiple touchpoints. It allows for the interaction of gestures. One point to mention is that no part of the ito touch panel physically will move at detection, and it makes the touch experience smoother and lighter (just like smart-phone).

Komkey is a recognized worldwide leader specializing in Membrane switch, Silicone rubber keypad, Graphic overlay, and touch screen. In the mean times, we also provide assembling and cutting for a custom application. we have gathered over 10 years of experience in the field which guarantee our customers quickly deliver date, top-highly quality, favorable price, excellent customer service.

Other Switches Made In China Products