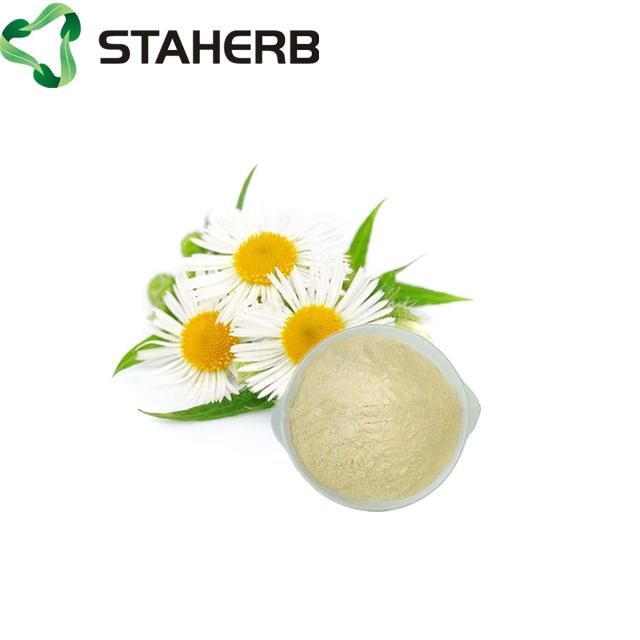 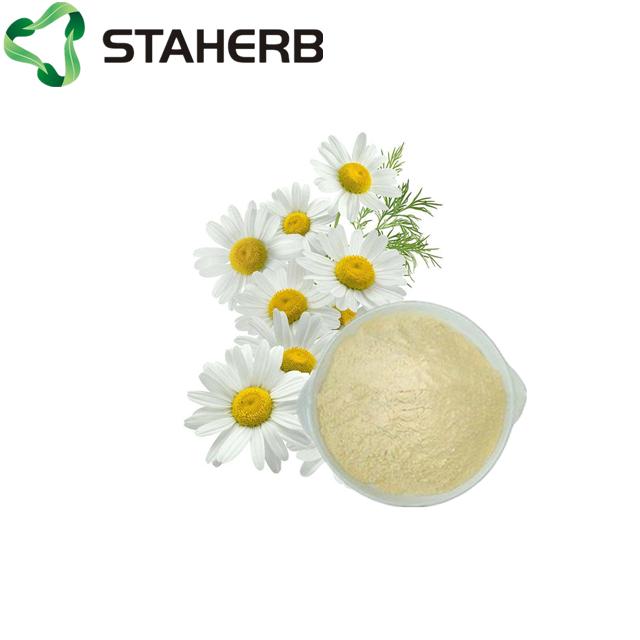 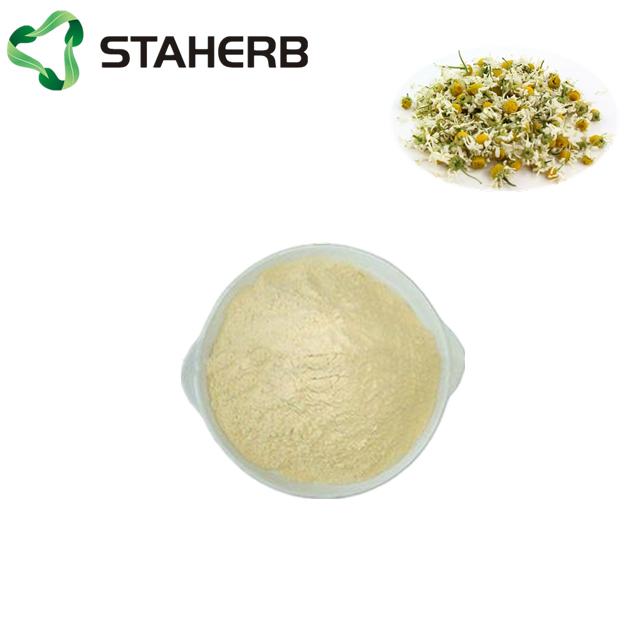 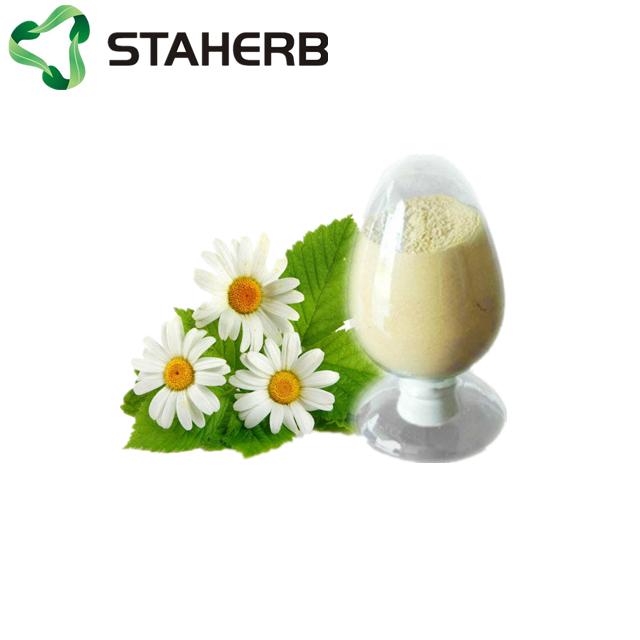 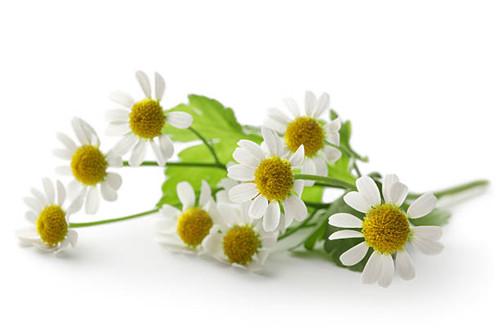 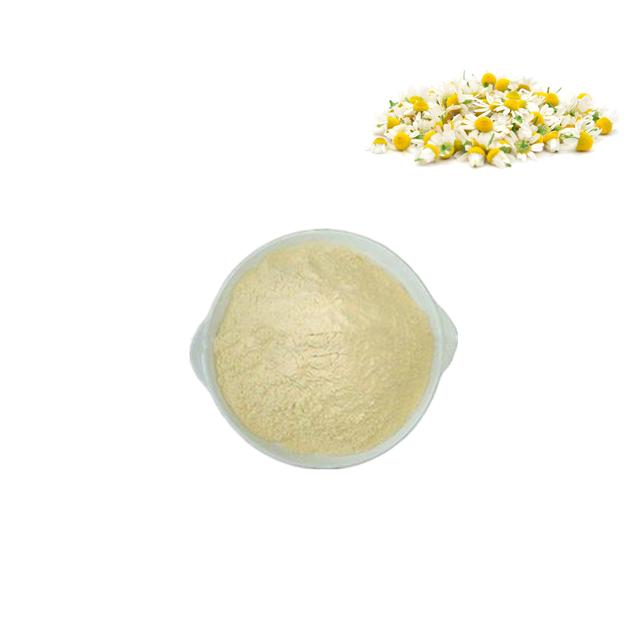 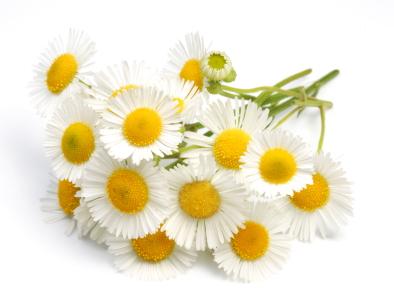 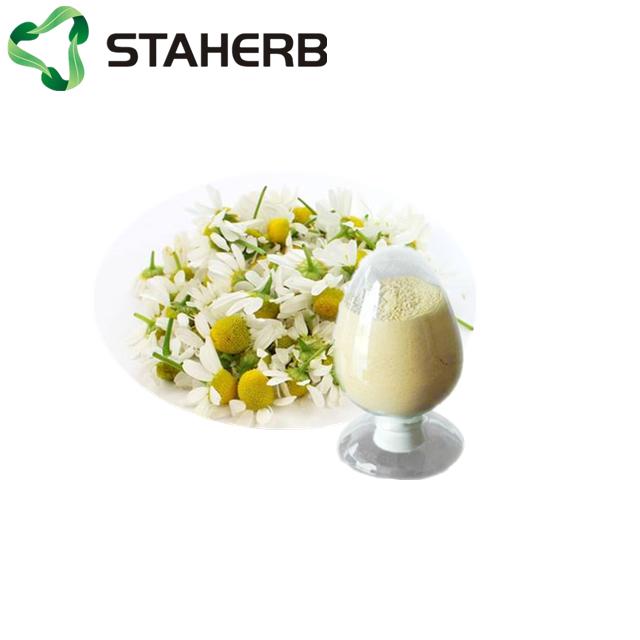 Chamomile is named for their apple-like scent, is a common name for several daisy-like plants. Their branched stem is erect and smooth and grows to a height of 15-60 cm. The long and narrow leaves are bipinnate or tripinnate. The flowers are borne in paniculate capitula. The white ray florets are furnished with a ligule, while the disc florets are yellow. The hollow receptacle is swollen and lacks scales. The flowers have a strong, aromatic smell, and bloom in early to mid summer.

Chamomile are best known for their ability to be made into a tea which is commonly used to help with sleep and is often served with either honey or lemon. It usually grows near populated areas all over Europe and temperate Asia. It is widely introduced in temperate North America and Australia. As the seeds need open soil to survive, it often grows near roads, around landfills and in cultivated fields as a weed.

1.Chamomoile extract has long been used as an after-meal and bedtime drink;
2.Chamomile extract used for it's soothing effects and ability to support normal tone in the digestive tract;
3.Chamomoile extract used for a variety of ailments including: colic (especially in children), bloat,mild upper respiratory infections,premenstrual pain, anxiety and insomnia;
4.Chamomilr extract treat sore and chapped nipples in nursing mothers, as well as minor skin infections and abrasions. Eye drops made from these herbs are also used for tired eyes and mild ocular infections.

1. Applied in food field,it is mainly used as food additives for nutrient.

2. Applied in cosmetics,it is mainly used to whitening,anti-wrinkle and UV protection.