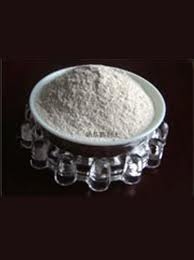 Organobentonite is a kind of inorganic mineral/organic ammonium compound. Using bentonite as raw material, the layered structure of montmorillonite in bentonite and its ability to swell and disperse in water or organic solvents to form colloidal clay particles are utilized.

Made of organic covering agent by ion exchange technology. Organic bentonite can form gelatin in various organic solvents, Oils and liquid resins, and has good thickening, thixotropy and suspension stability.

Organic bentonite is a compound of organic quaternary ammonium salt and natural bentonite, which is a fine chemical product developed in recent years. The main characteristics of organo bentonite are swelling, high dispersion and thixotropy in organic media.

Organic bentonite is the main dyeing aids for synthetic fiber fabrics. In high-speed printing ink, the consistency, viscosity and permeability of the ink can be adjusted according to needs. In drilling, organic bentonite can be used as a latex stabilizer.

Chemical Reagent Made In China Products