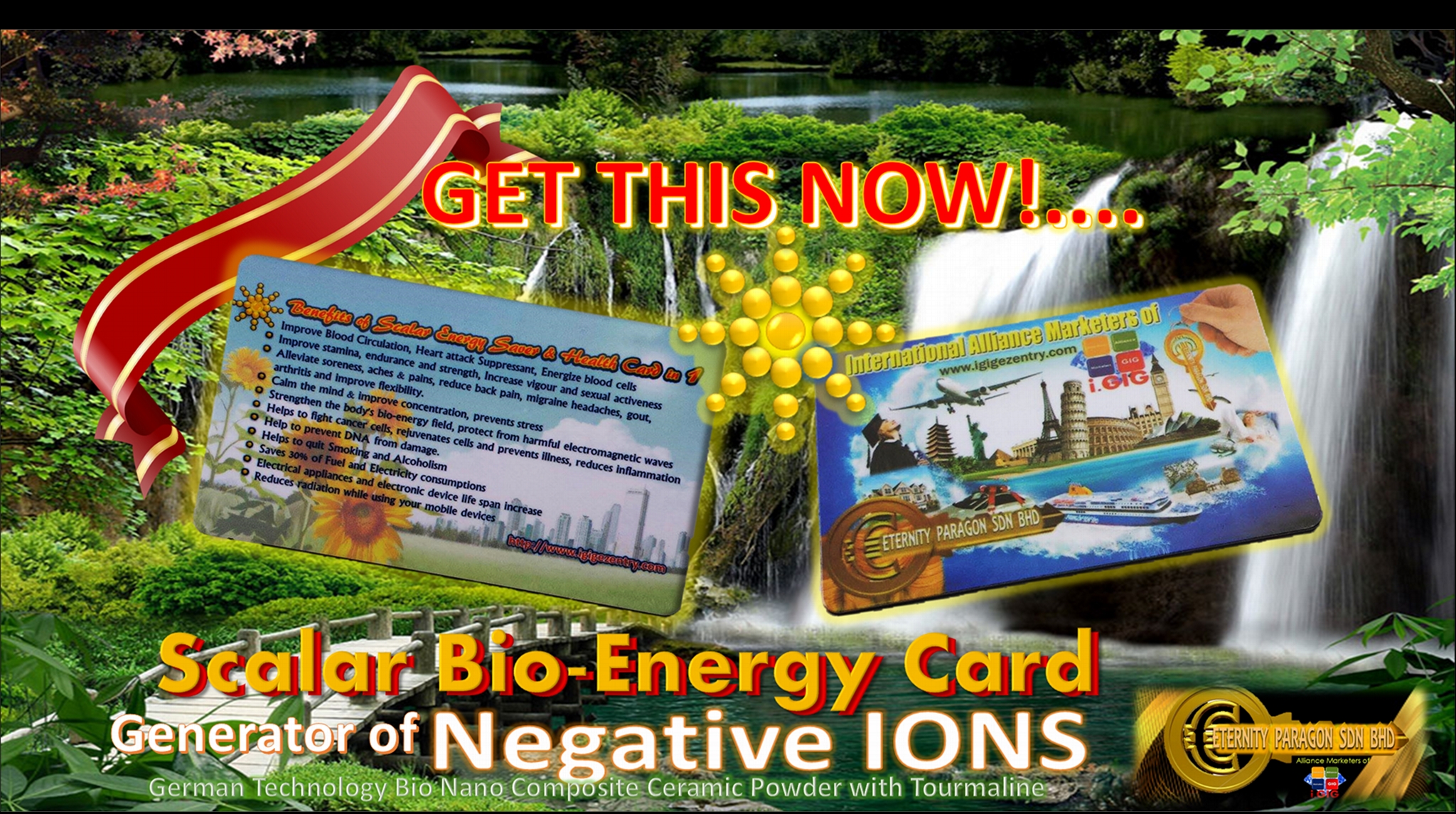 There's something in the air that just may boost your mood -get a whiff of negative ions. Negative ions are odorless, tasteless, and invisible molecules that we inhale in abundance in certain environments. Think mountains, waterfalls, and beaches. Once they reach our bloodstream, negative ions are believed to produce biochemical reactions that increase levels of the mood chemical serotonin, helping to alleviate depression, relieve stress, and boost our daytime energy.

These Cards have been manufactured and produced utilizing a unique bio nano-composite ceramic powder with tourmaline, which provide an abundance of Far Infrared Ray (FIR) and Negative Ion technology. Ions are molecules that have gained or lost an electrical charge. They are created in nature as air molecules break apart due to sunlight,radiation, and moving air and water. You may have experienced the power of negative ions when you last set foot on the beach or walked.

Negative Ions- Vitamins of the Air

Generally speaking, negative ions increase the flow of oxygen to the brain; resulting in higher alertness,decreased drowsiness, and more mental energy," says Pierce J. Howard, PhD,author of The Owners Manual for the Brain: Everyday Applications from Mind Brain Research and director of research at the Center for Applied Cognitive Sciences in Charlotte, N.C. "They also may protect against germs in the air, resulting in decreased irritation due to inhaling various particles that make you sneeze, cough, or have a throat irritation." And or a whopping one in three of us who are sensitive to their effects, negative ions can make us feel like we are walking on air.

You are one of them if you feel instantly refreshed the moment you open a window and breathe in fresh,humid air.

"You may be one of them if you feel sleepy when you are around an air-conditioner, but feel immediately refreshed and invigorated when you step outside or roll down the car window," Air conditioning depletes the atmosphere of negative ions, but an ion generator e-releases the ions that air conditioners remove."

How does it works?

The Scalar Energy & Health Super Saver Card resonates’ countless healthful and beneficial light waves that penetrate the skin and cells of the body, enriching the blood oxygenation and circulation and assisting in the health and healing process, by helping restore the body’s natural energy conversion and overall balance.

Magnetic Materials Made In China Products