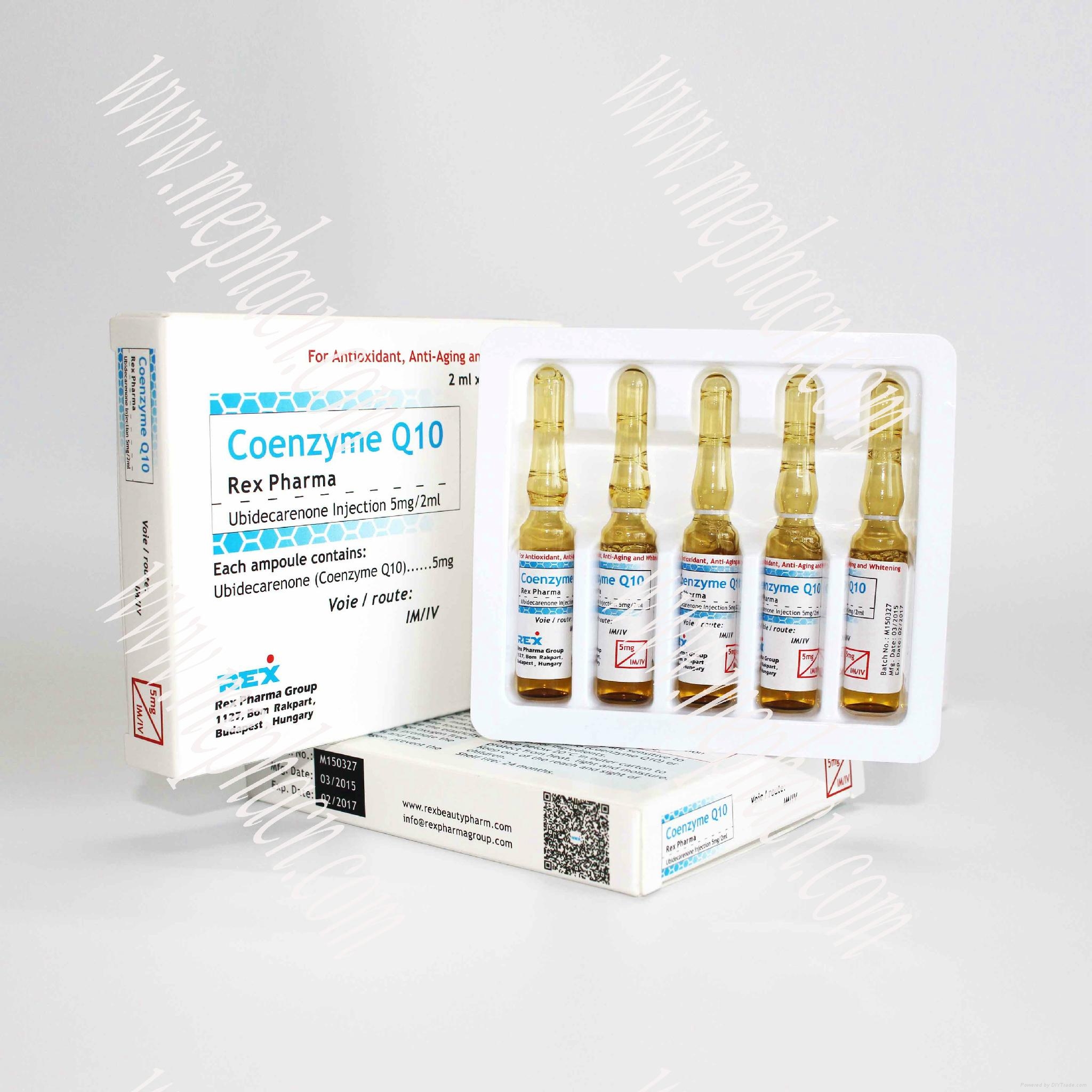 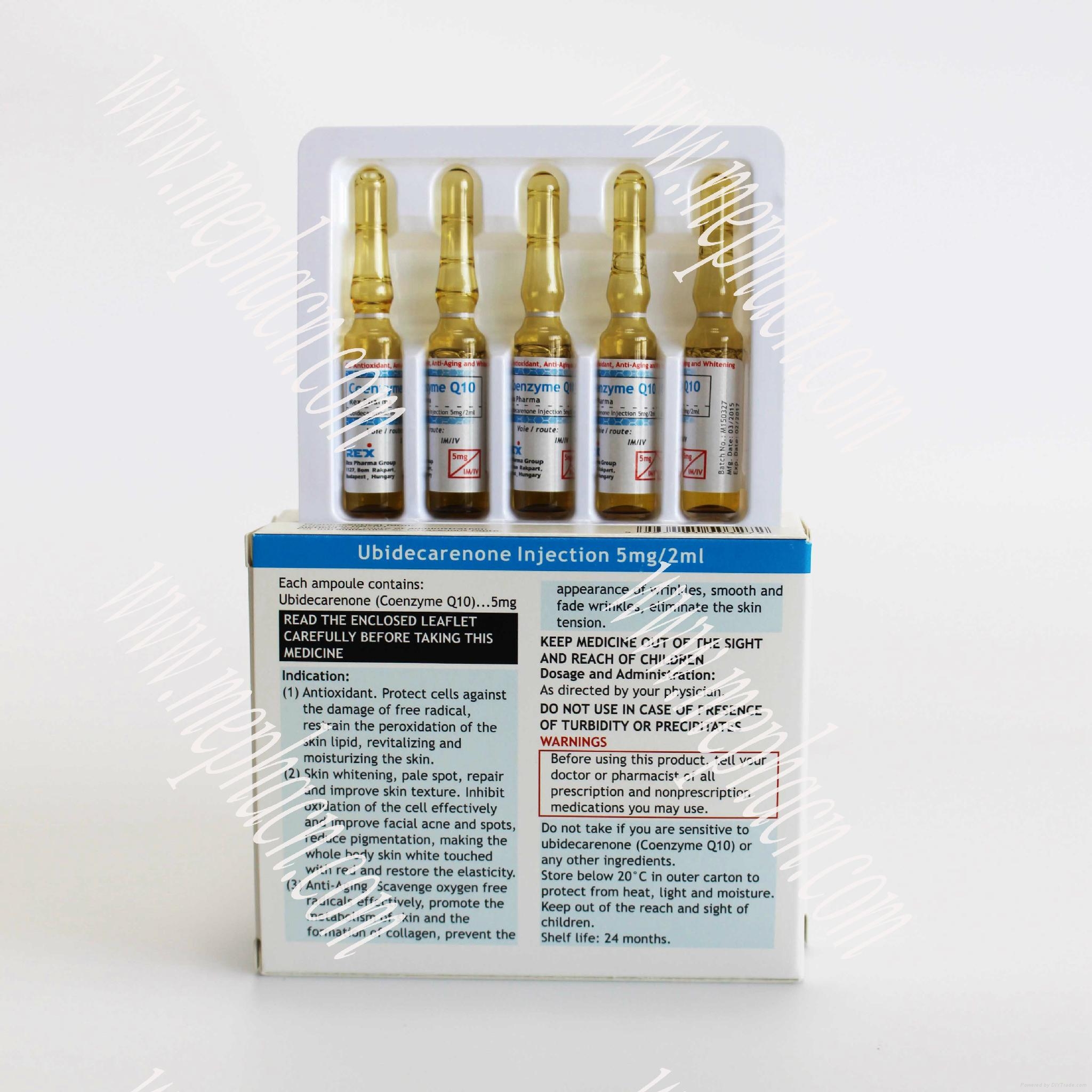 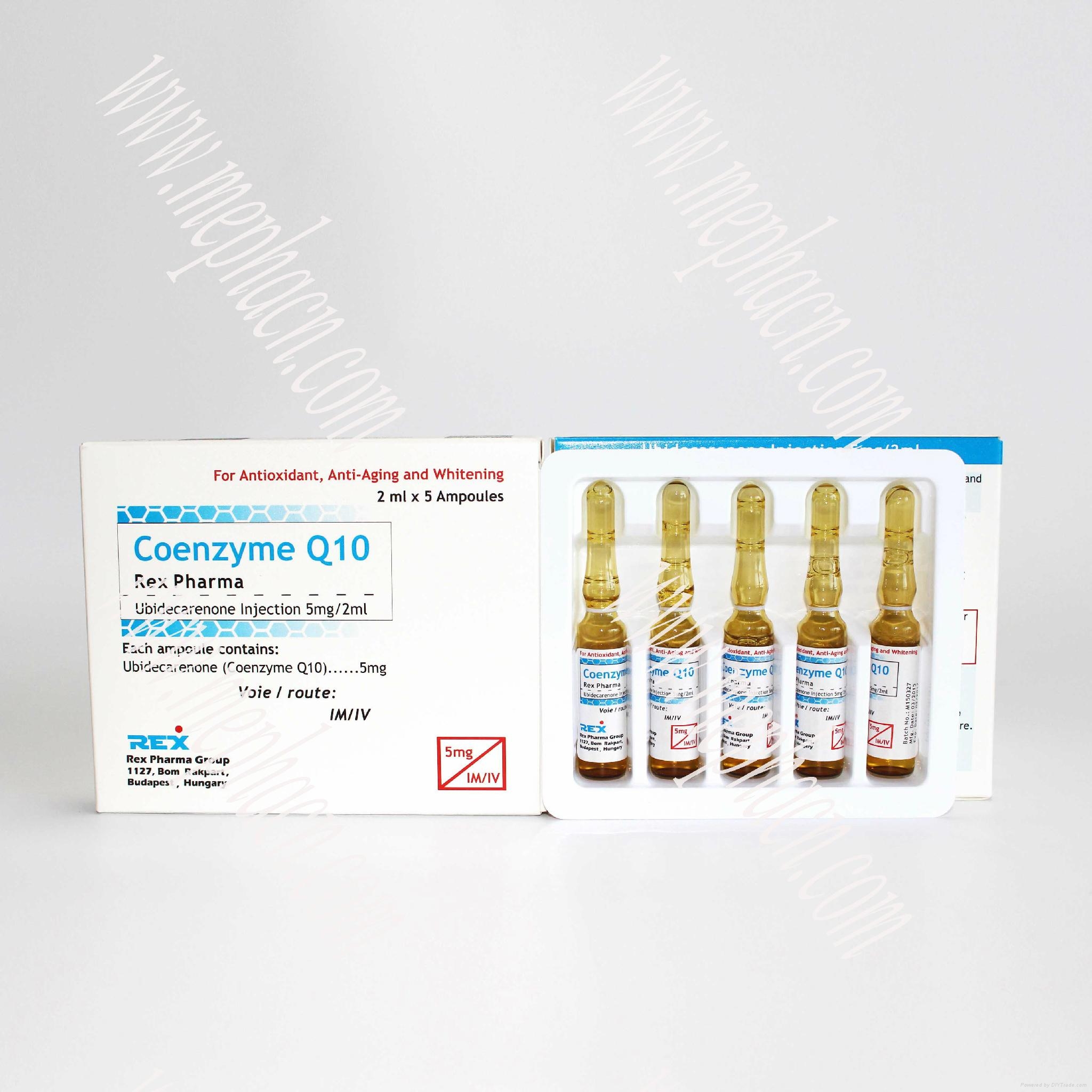 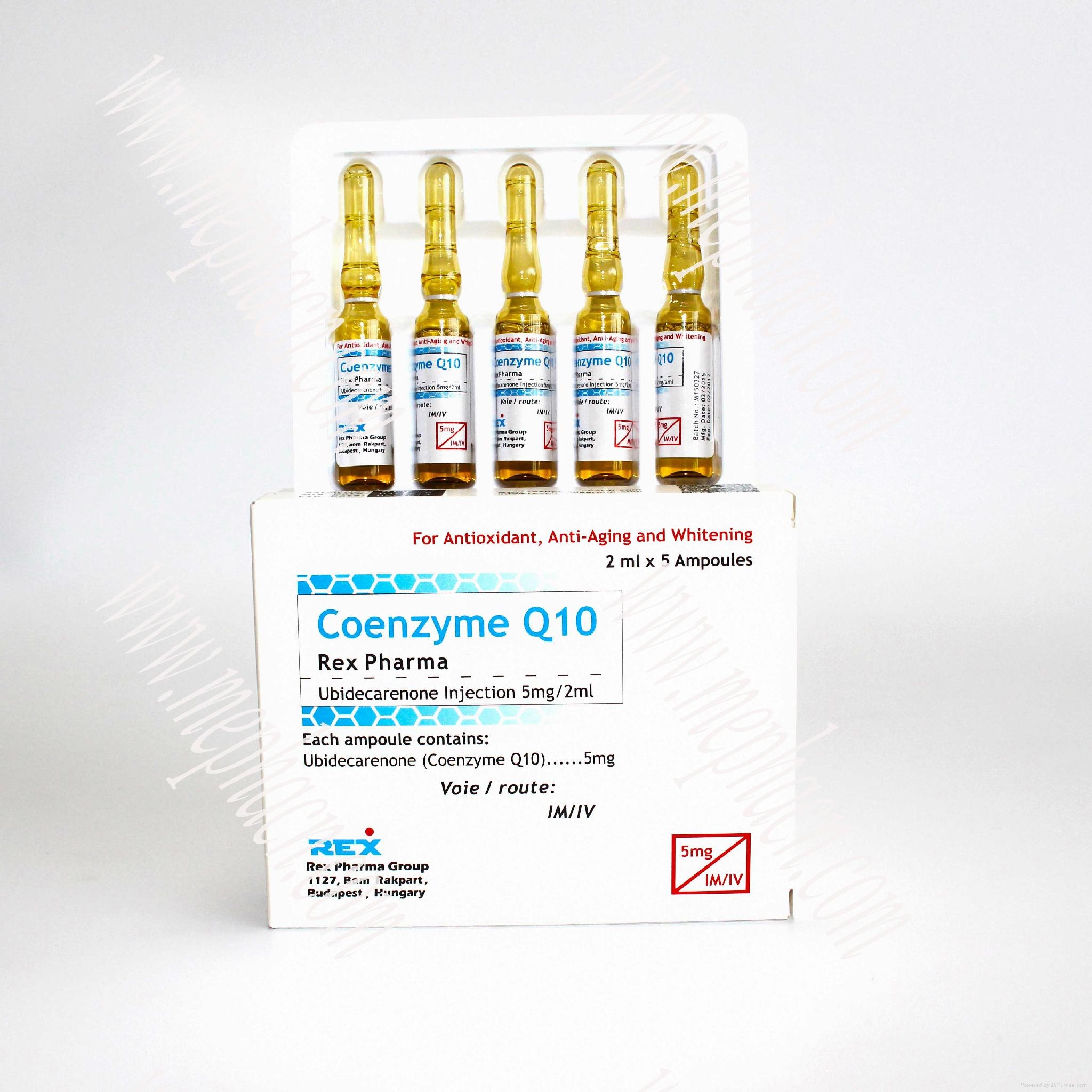 1. What coenzyme Q10 for Injection is

Coenzyme Q10 is a fat-soluble nutrient also known as CoQ10, or ubiquinone. It is primarily found in the mitochondria, which are small bodies within cells that produce energy for the body. Apart from the important process that provides energy, CoQ10 also stabilizes cell membranes and acts as an antioxidant (a substance that reduces damage that results from free radical oxygen).

Coenzyme Q10 is usually taken by mouth as a tablet or capsule. It may also be given by injection into a vein. CoQ10 is available in oil-based capsules, powder-filled capsules, tablets, and liquid soft gels. The soft gels are believed to give higher absorption. Therapeutic dosages of CoQ10 for cancer range from 200 to 600mg per day. As a general nutritional supplement, daily doses of CoQ10 range from 5 to 300mg. Those who use CoQ10 for periodontal(the tissue around teeth) health may take 100-150 mg daily. The same dose range applies to those who take statin (cholesterol-lowering) drugs for treatment of high cholesterol. CoQ10 is best taken with food. About three weeks of daily dosing are necessary to reach maximum blood concentrations of CoQ10. It comes in the various dosages.

Coenzyme Q10 should not be taken by persons who are allergic to it. Symptoms of an allergic reaction include breathing problems or tightness in the throat or chest, chest pain, and skin hives, rash, or itchy or swollen skin. No other known precautions are indicated for normal dosage.

Other reported side effects have include dizziness, visual sensitivity to light, irritability, headache, heartburn, and fatigue.

Patients should talk with their healthcare provider about possible interactions between CoQ10 and prescription drugs they may be taking. Certain drugs, such as those that are used to lower cholesterol or blood sugar levels, may reduce the effects of CoQ10. CoQ10 may also alter the body's response to warfarin, a drug that prevents the blood from clotting, and insulin, used to treat diabetes. The cholesterol-lowering drugs known as statins, such as lovastatin(Mevacor), simvastatin(Zocor), and pravastatin(Pravacol) may decrease CoQ10 levels in humans. It is likely that all statins have this effect. Also, CoQ10 may improve glycemic control in some type II diabetics. If this were to occur, antidiabetic medications might need appropriate adjusting. Some beta-blockers, in particular propanolol, may inhibit some CoQ10-dependent enzymes. Piperine, found in black pepper, may increase levels of CoQ10 in the blood.

Cosmetics Chemicals Made In China Products