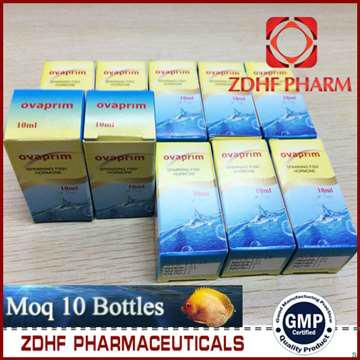 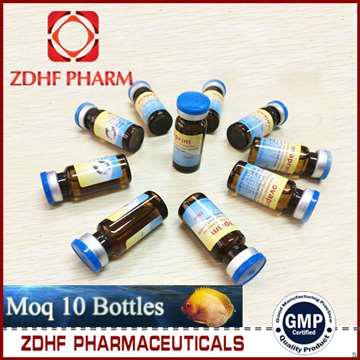 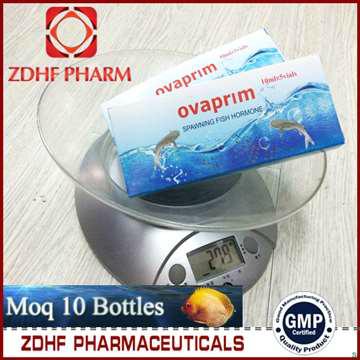 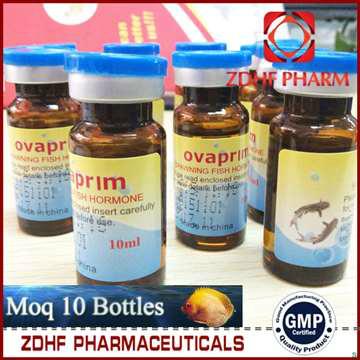 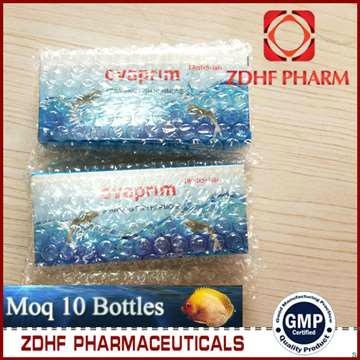 How is spawning triggered naturally?

Spawning, the release of gametes (mature oocytes/eggs by the female or of sperm/milt by the male) from the gonads (ovaries or testes), is the final event in the reproductive cycle (Rottmann et al. 1991a), and is the result of complex interactions between a variety of hormones and different tissues/organs in the fish's body.

The following description is a very simplified version of major events (Rottmann et al. 1991a; Figure 1a) that occur during natural spawning. Environmental and internal factors (which differ from species to species) trigger a hormone cascade leading to egg maturation and release in females, and sperm maturation and release in males. First, a hormone called "gonadotropin-releasing hormone" (GnRH) is released from the hypothalamus portion of the brain and travels to the pituitary gland, which then releases gonadotropin hormones (especially GtH-II). The gonadotropin hormones/GtH-II travel to the ovaries and testes and stimulate them to produce steroids and prostaglandins, hormones that act directly on the gonads to cause final maturation and release of oocytes ("eggs") in females (ovulation), and the release of sperm in males (spermiation) (Rottmann et al. 1991a; Evans and Claiborne 2006). In some species of fish, a compound called dopamine naturally blocks this hormone cascade and inhibits egg and sperm production under certain conditions, for example, exposure to major stressors.

Ovaprim is a two-part drug consisting of 1) a shorter, synthetic version of GnRH and 2) domperidone. Ovaprim is marketed ready to inject in a liquid form.

NOTE: Use of Ovaprim does not guarantee successful fertilization, development, and hatch of fry. Overall good husbandry and hatchery management, including good genetics, proper nutrition, environment (including water quality), substrates, social structure, and other factors will affect egg and milt quality, egg hatch, and fry survival.

For some ornamental species, determining which natural environmental cues will lead to ovulation and spermiation has been difficult. Ovaprim's synthetic GnRH closely resembles that of naturally occurring GnRHs and, in many species, is actually more potent (Figure 1b). When injected into the body cavity (coelom or abdomen) or muscle of receptive, mature, conditioned fish, the synthetic GnRH travels from the injection site through the blood to activation sites in the pituitary gland. Ovaprim initiates the reproductive cascade and eliminates the need for a natural trigger. Domperidone, the other active component of Ovaprim, helps block the inhibitory effects of dopamine. Domperidone, therefore, is very important for induced spawning of species for which the reproductive cascade would be stopped because of stressors that lead to dopamine release, because dopamine will block GnRH activity.

How do I check my fish for maturity?

For many fish species, sex determination is based on the differences in coloration or body shape. In species where males and females look similar, one crude method that is often useful to determine sex of the fish is based on the larger volume of the eggs in conditioned females vs. sperm in males. Females may become more robust around the coelomic cavity (from enlarged ovaries due to egg yolk accumulation in late stages). In some cases, more robust fish may in fact be fat males. Consequently, careful collection and examination of eggs from the ovary (or sperm from the testes) is highly recommended for a more accurate assessment.

What supplies do I need to use Ovaprim?

What else should I know before I use Ovaprim?

Because Ovaprim is a viscous liquid, the use of a syringe with a luer lock tip or permanently attached needle is recommended. Slip-on type needles may eject from the pressure, so if you use them, be sure they are seated on the syringe tightly.

To avoid introduction of bacteria or other pathogens via injection, use only sterile needles and syringes to withdraw Ovaprim from the bottle, and to inject the fish. After withdrawing the correct amount required for the specific fish, carefully point the syringe and needle upward and depress the syringe to remove any excess air.

Veterinary Medicine Made In China Products