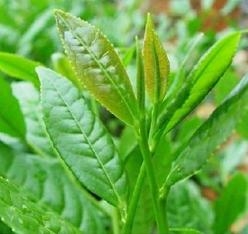 Green tea is the second largest beverage demanded by consumers worldwide. Used in China and India

for its medicinal effects. There are several compounds extracted from green tea including catechins which

contain an enormous amount of hydroxyphenols that are easily oxidized, congregated and contracted,

which explains its good anti-oxidation effect.

Its anti-oxidation effect is 25 100 times as strong as those of vitamin C and E.

It is widely used in medicines, agriculture, and chemical and food industries. This extract prevents cardio-vascular disease, lowers the risk of cancer, and decreases blood sugar and blood pressure, as well as

viruses. In the food industry, the anti-oxidation agent used for preserving food and cooking oils.

[Storage] Store in cool & dry area, keep away from the direct light and heat.

1. The cardinal antioxidative ingredient in the green tea extract is green tea catechins (GTC), which

2. Other components include three kinds of flavonoids, known as kaempferol, quercetin, and myricetin;