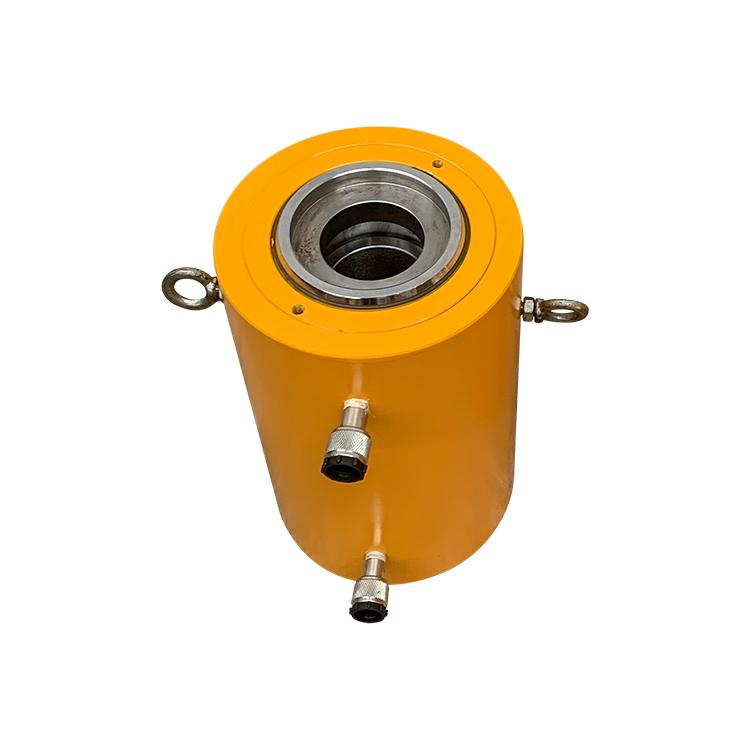 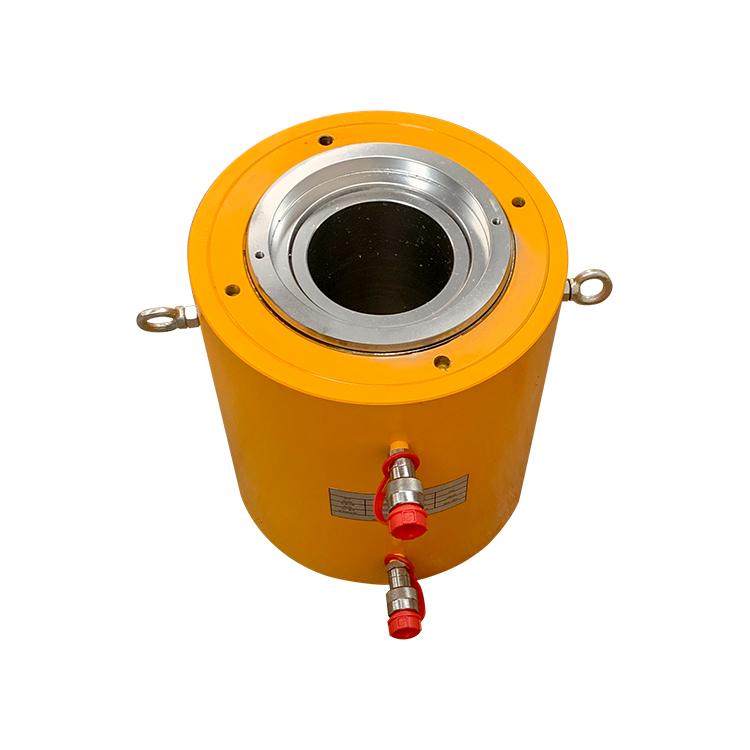 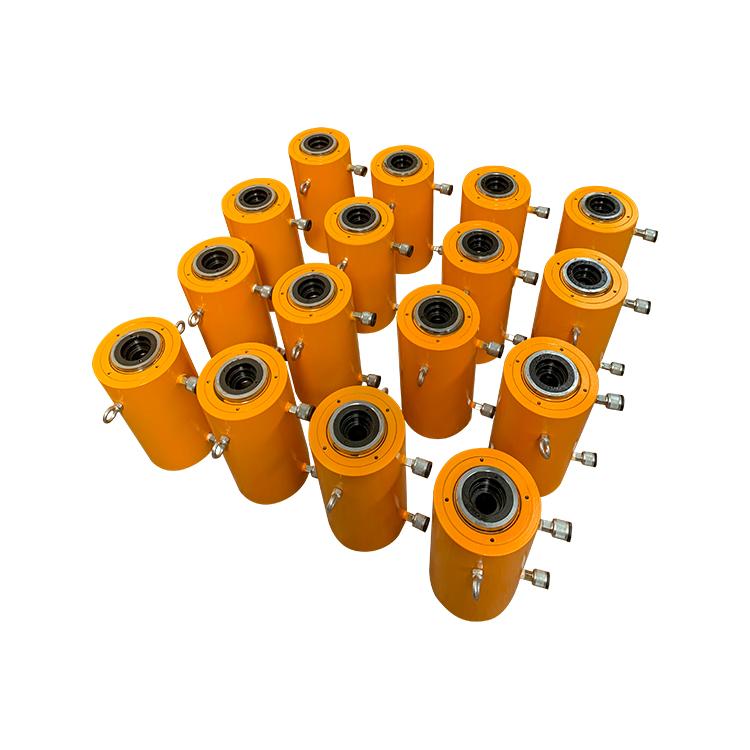 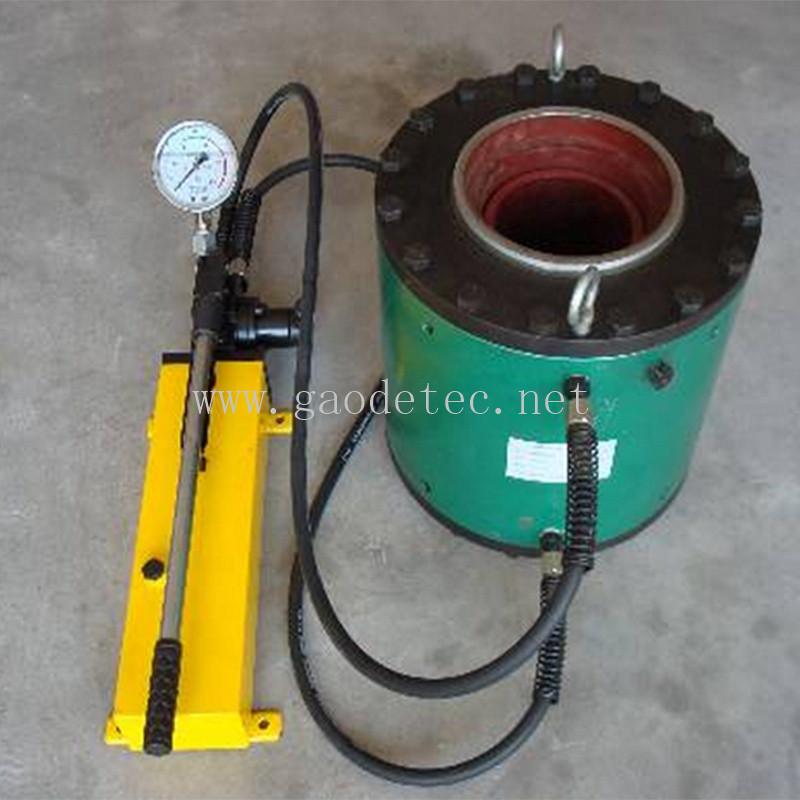 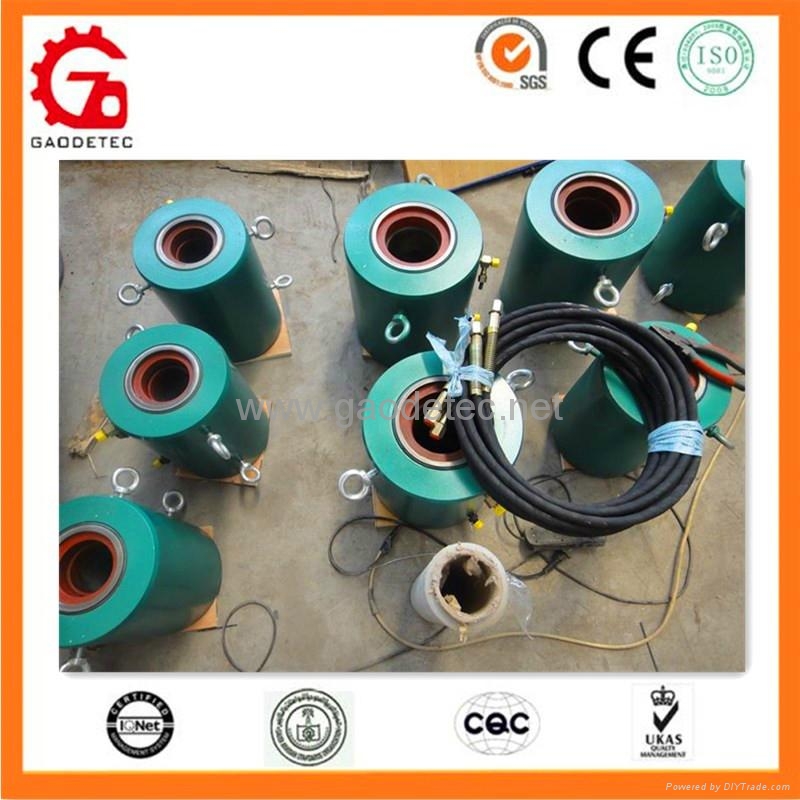 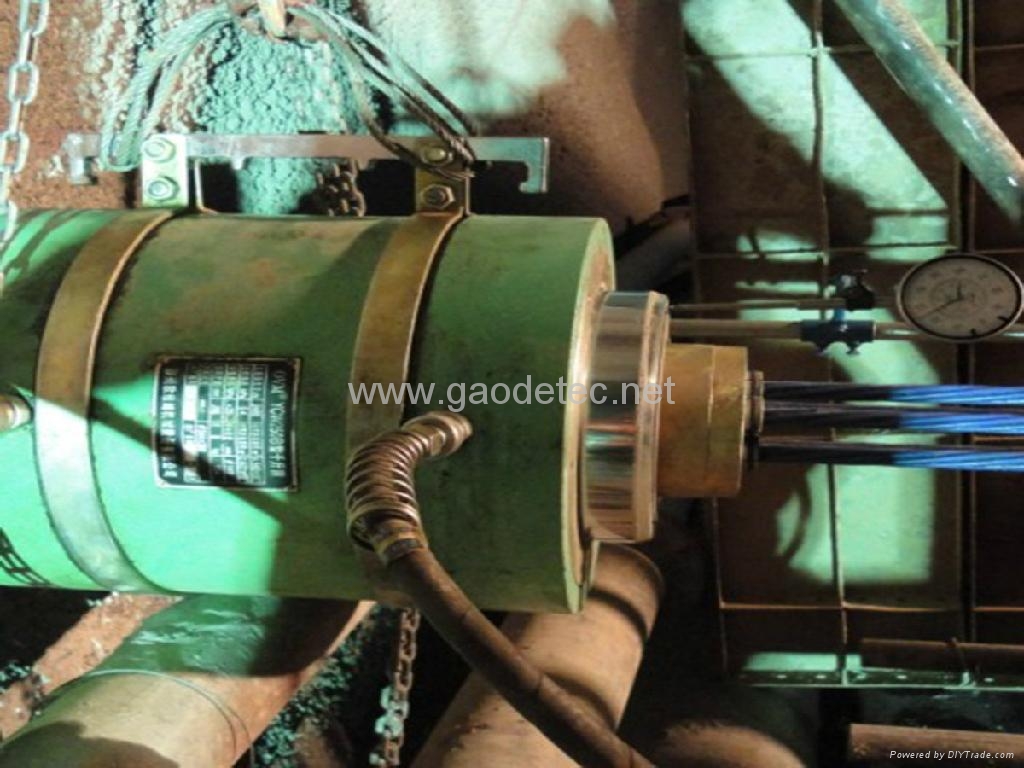 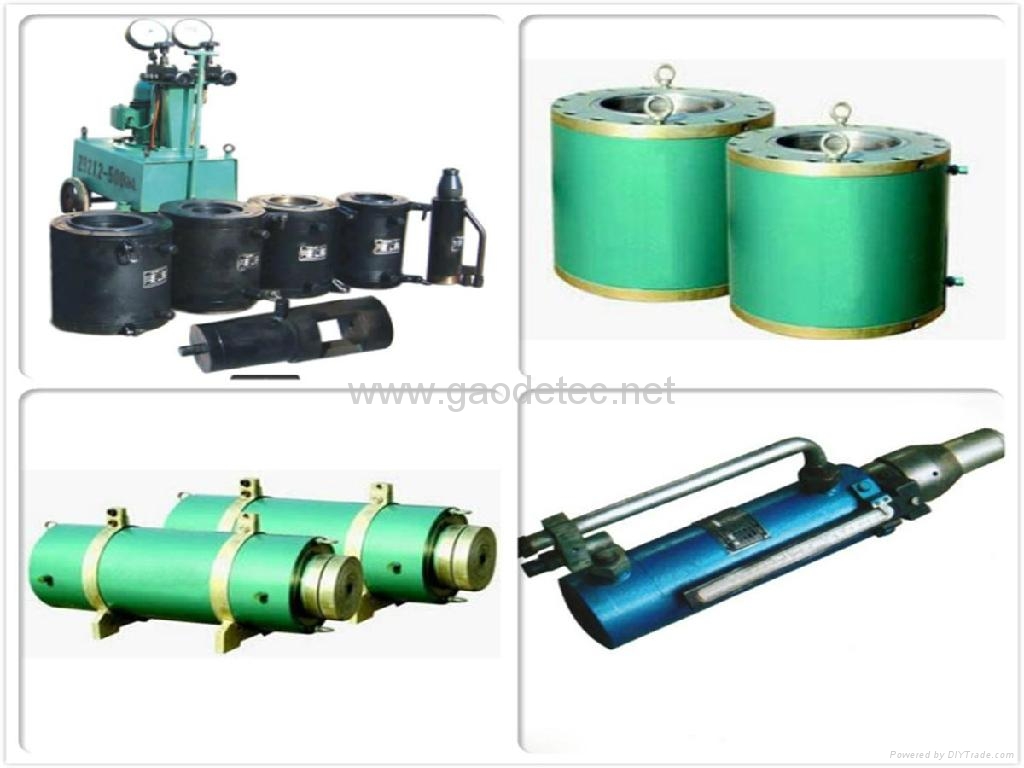 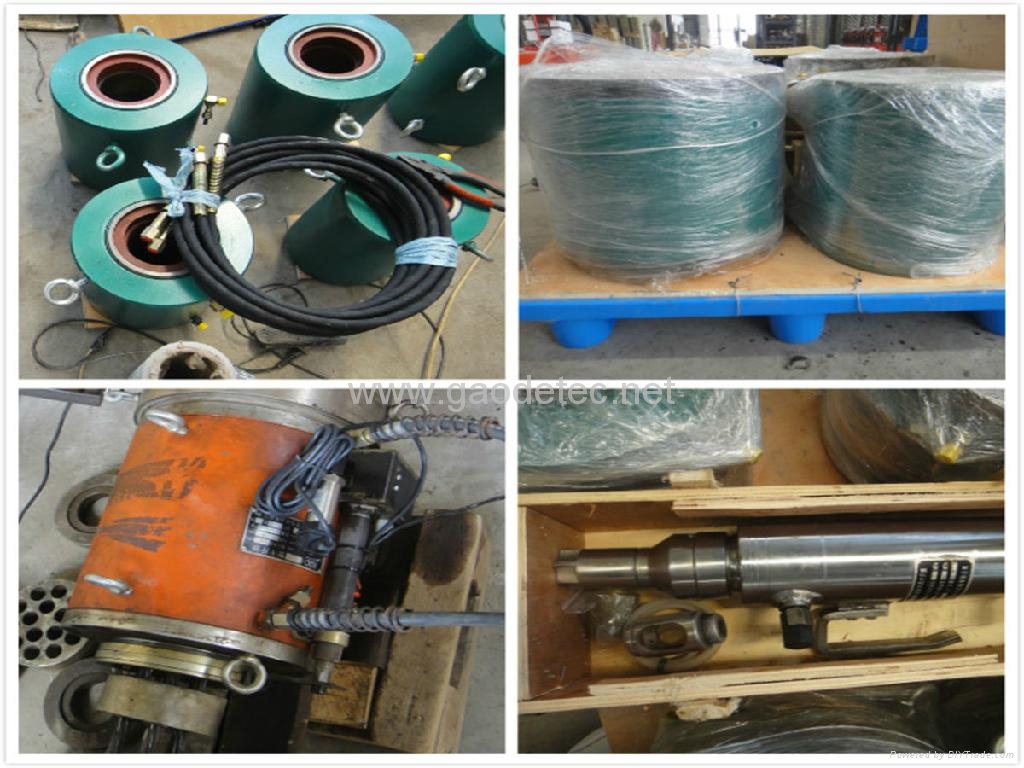 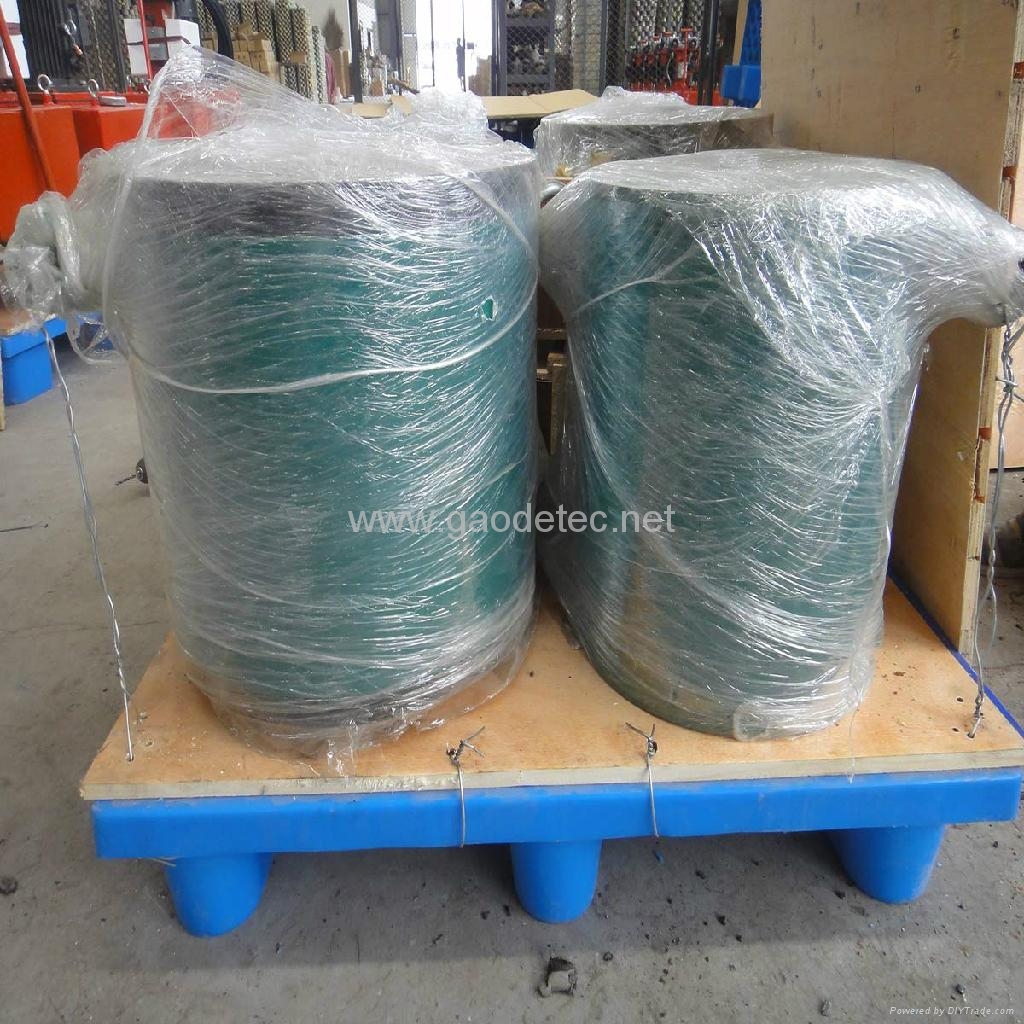 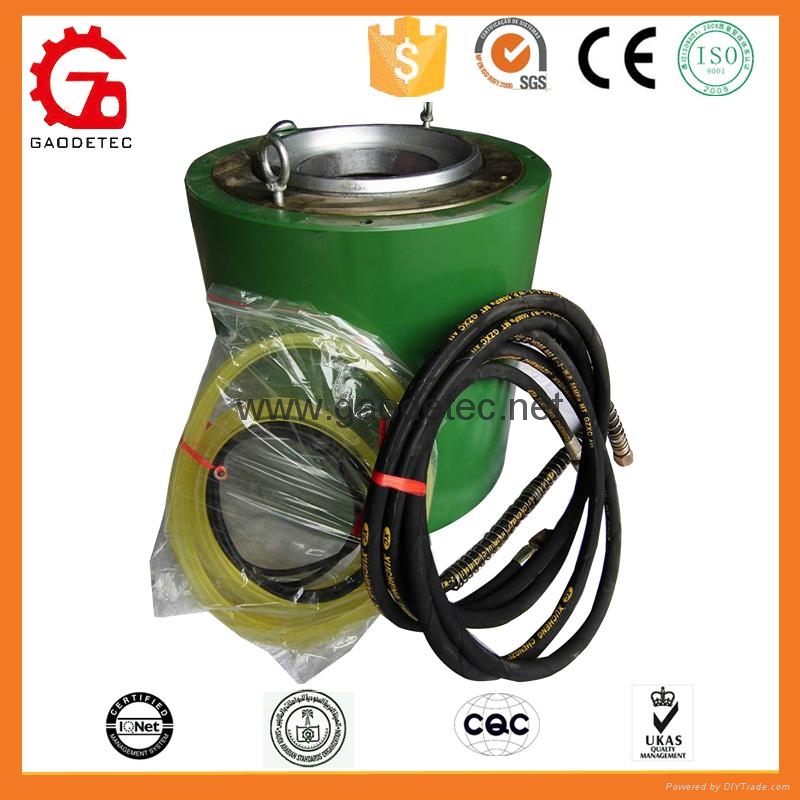 2. In some certain circumstance it can be used in the working of pushing, jacking and transforming and so on.

3. Easy to operate and used widely.

Notice: according to users' requirement, YDC prestressing jack can be configured

It is matched with prestressed anchorage widely used in the construction of bridge and buildings, railway and subway, water conservancy and hydropower engineering.

YDC Feed-through jacks are the new designed products in our company, are the upgrades of the primary jacks.

2. Using special alloy steel with heat treatment process, reducing the cylinder's expansion ratio in the tensioning process. So the life of seals and sealing performance can be improved about 20%.

3. In the tensioning the operating process, jacks is easily damaged under overpressure because of the jack-based pullback cylinder, so we added the overpressure va e on the jacks to pressure production. Meanwhile we improved the original of commonly used structure by wire disc and flanged disc, to make the bearing capacity for oil pressure strengthen. So enormously reduce the possibility of mechanical damage due to improper operation.

In the word, the YDC series feed-through jacks' performance is improved, and widely used in pre-stressing and post stressing construction.

Other Construction Materials Made In China Products