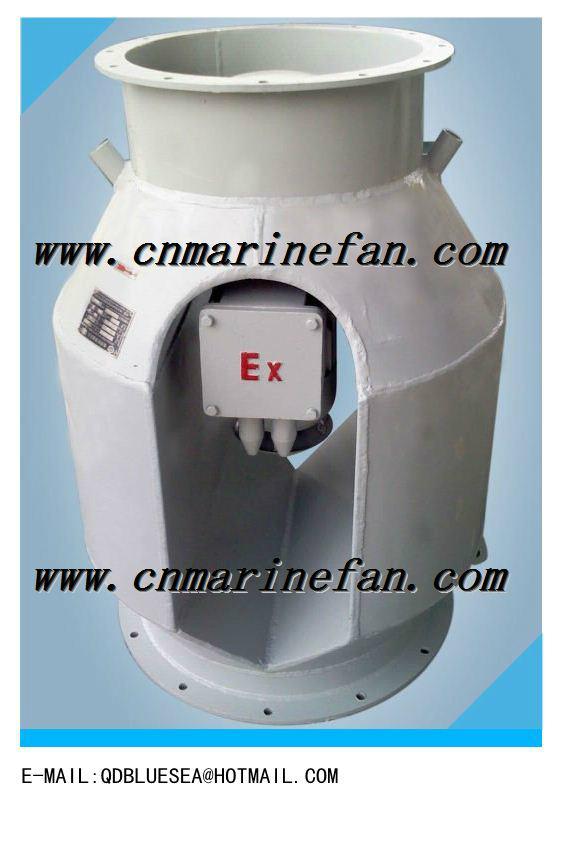 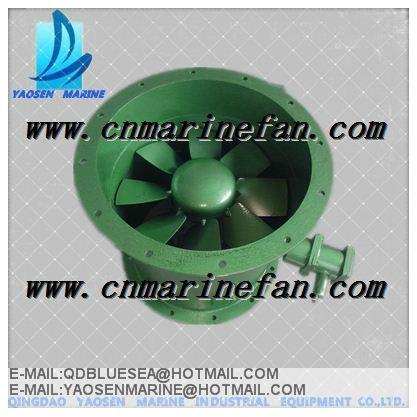 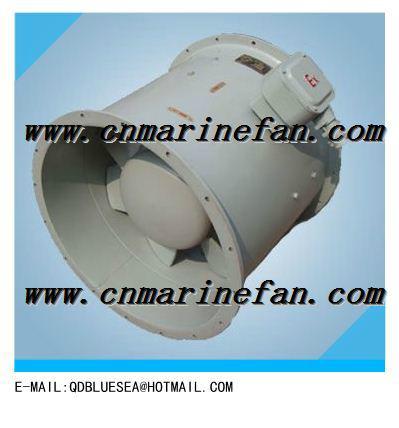 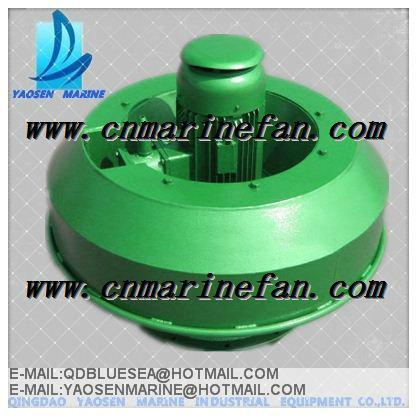 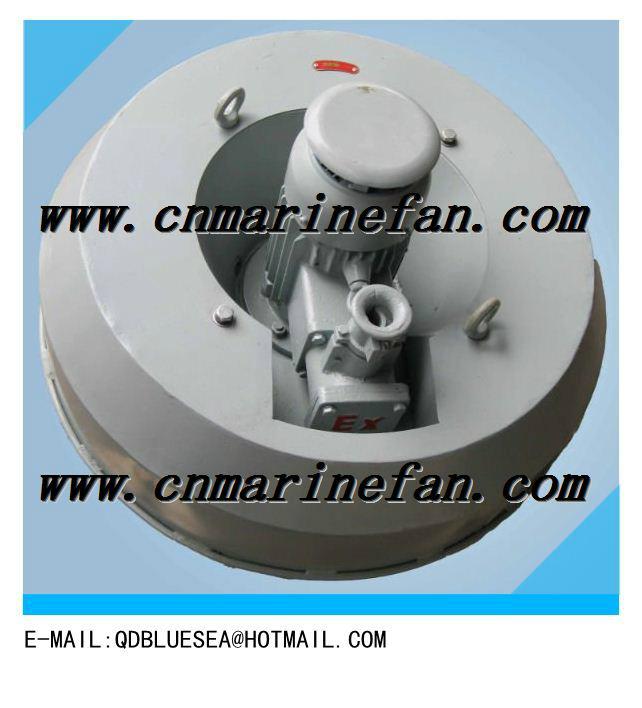 These explosion-proof fan series are best suited to pumping out gas mixtures or vapour containing combustibles and explosives in oil cabins holds, pump-rooms, battery cabins, ammunition cabins, hangars, paint houses ,etc. They can also be used for ventilation of other compartments of shipping and corresponding place of land's.

For places where there are explosive gas mixtures of grade ⅡB and group T4.

Relative humidity of the air:≤95%

Type I explosion-proof fan has a hood and an explosionproof motor installed on the top of the machine frame and a wire mesh guard with 2 openings per square inch made of stainless steel, surrounding the frame. The fan is vertically fixed on the deck. It can be delivered for air supply or air extraciton.

According to the customers' special requesting, the fan can be made into a separate structure, i.e. the fan and the motor are put in different cabins, with a driving device ,a sealed box and two pairs of flexible couplings. It is used primarily for exhaust of dangerous compartment.

Explosion-proof, safe and reliable in operation.

15—the external diameter of the vane wheel in 15cm

A—type of the impeller, type A impeller

The actual performance parameters of type CBZ-I(deck type)will be deviated from those of type CBZ-II,in which their impellers are designed and manufactured by the same way. as consequence of its special structure-larger size outlet ,without down stream guide vane, change direction of air flow, resistance caused by wire mesh guard and the rest. After due consideration, the actualperformance parameters of type CBZ-I subject to correction and the method of correction as follows.

With due regard for the influence of the special structure, Type CBZ-80A(I)will be revised as mentioned above; and the result of correction as follows:

Those of Type CBZ-80(Ⅱ)need not be revised.

Draught Fan Made In China Products