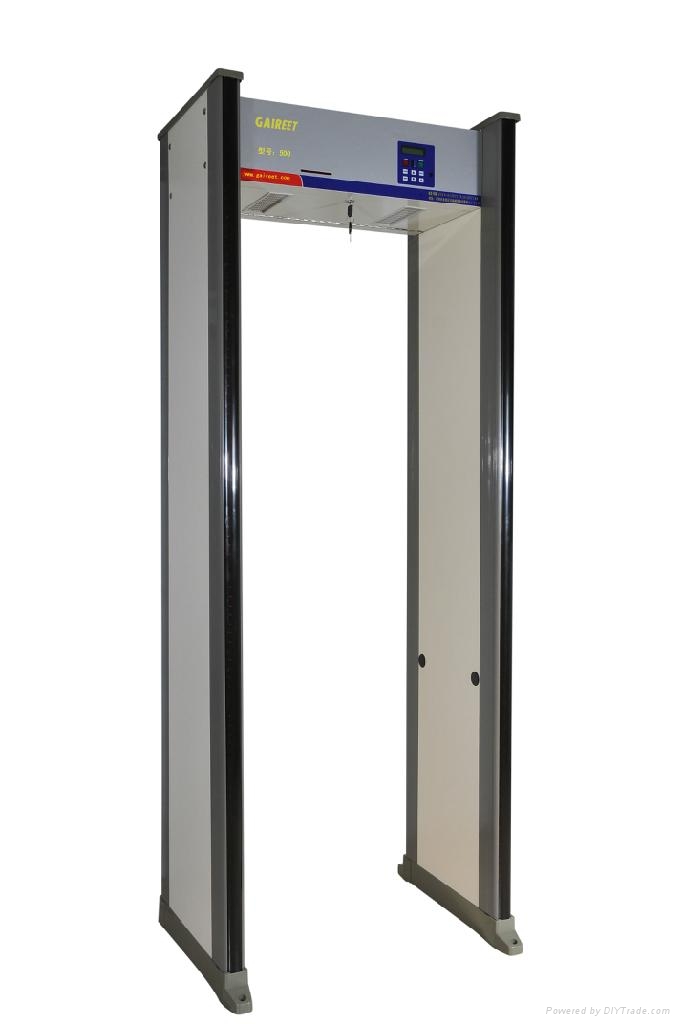 Consists of two parts: left-right detecting gate+mainframe, the mainframe is using a very friendly design such as waterproof and anti-visual blind designs

There are 18 detecting areas spreading evenly over the left and right detecting gate boards respectively from its top to bottom with built-in super shining LED indicating lights, (it is called a 18 positions LED display detecting)

Information will be marked down on the super-large LCD front panel such as number of person passed-by, times of alarm, strength of interfering signals, remote-controlled receiver and more

The control circuit, collecting circuit and calculation circuit are highly integrated, which are especially stable in performance, strong in anti-interference, exact in detecting and free from mistakes in reporting

The special remote controller is prepared to adjust all functions,power on or off the device easily

When connected with power, the device will automatically turn on, diagnose and adjust

Sole detecting area can adjust its sensitivity privately, without coordination to adjust the overall sensitivity

It can be adjusted in 100 degrees within its scope, therefore, it can meet the customer's demand to reject the items such as belt buckle, gold or silver jewelry and more

Self calibration once power on

Alarm Made In China Products