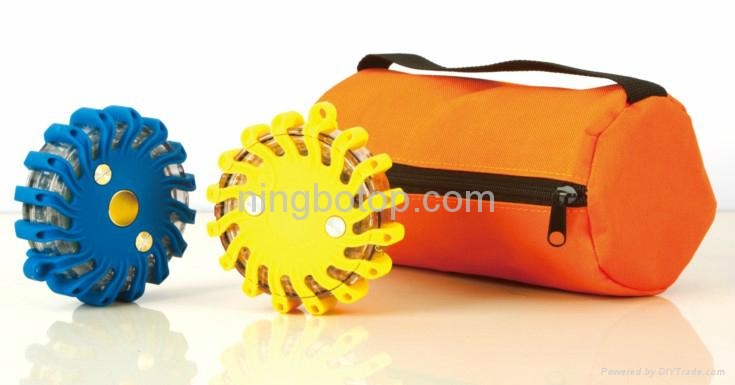 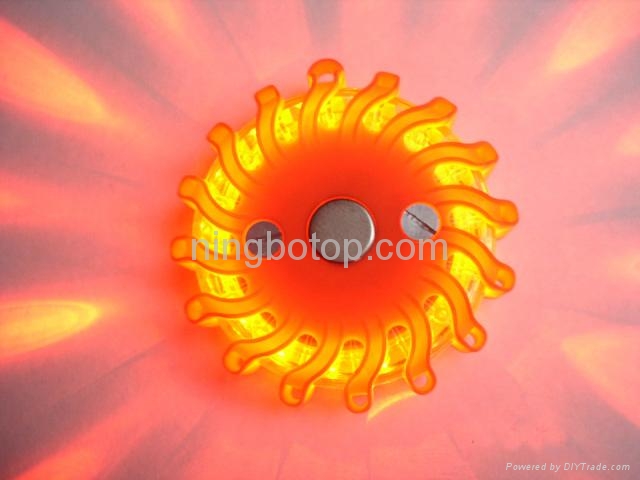 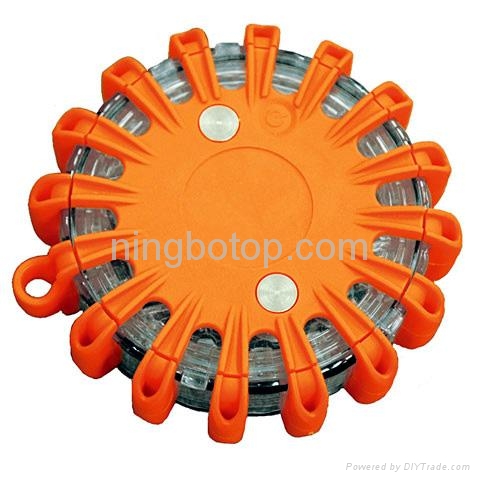 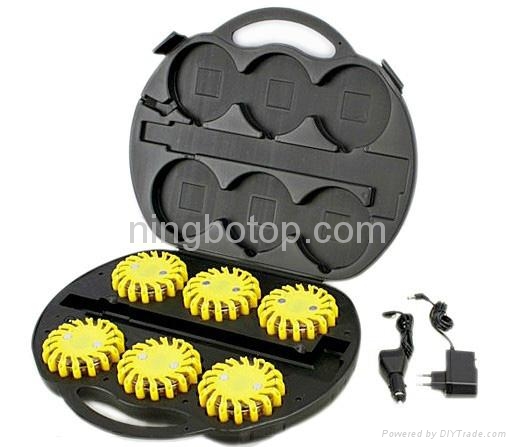 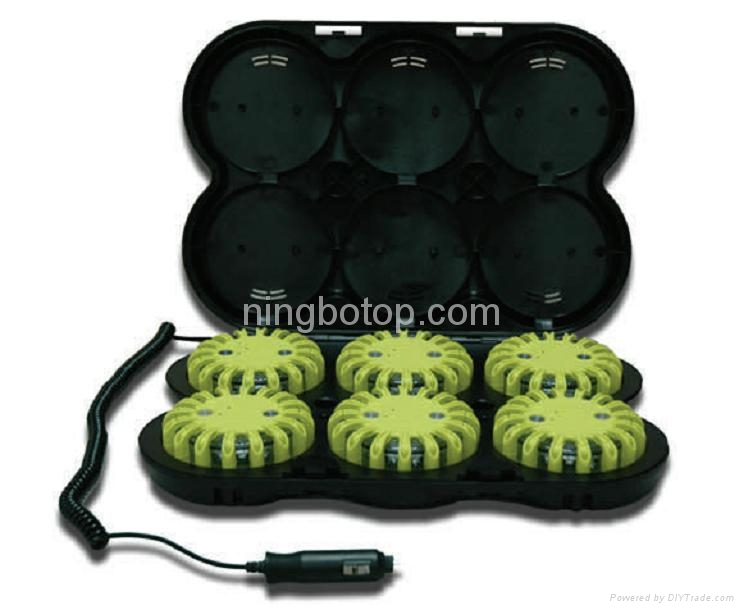 LED safety light,LED safety lamp,LED warning light,LED warning lamp,LED powerflare,LED traffic light,LED traffic lamp,LED emergency light,LED emergency lamp,9-in-1 super flare LED safety light
Invented by a police officer, the amazing new Safety Light is an essential piece of equipment for police, firefighters, EMTs, rescue first responders, and members of emergency response teams, don't you think it would make sense to carry at least one with you on your bike in case of emergency?
This compact (4”) light emits 360° of ultra-bright light from an array of 16 LEDs, visible for up to 10 miles away. It is waterproof and so tough, you can run it over with a tank!
Unlike flashlights with alkaline batteries or chemical light sticks, units can handle extreme temperatures and extreme situations (intrinsically safe), and feature an impressive 10 year storage/shelf life, using lithium batteries that won’t ever leak. This same technology used by first responders and the military is now available for you and your family.
Small enough to keep in a saddle bag, tank bag, or even those small underseat storage spaces that most bikes have.
The Safety Light has 9 flash patterns, including U.S. Coast Guard approved “SOS” (Morse code) and solid-on (lantern). Runs up to 100 hours on the replaceable CR-123 nonrechargeable batteries or up to 36 hours on the replaceable RCR-123 rechargeable batteries.
With a Electronic Beacon motorcyclists can gain the following benefits:
Superior Visibility: Super-bright LED array can be seen for miles at night, but is bright enough to provide you extra protection during the day, as well.
360° Coverage: units clipped to seats, saddlebags or backpacks can provide 360° coverage. Lateral illumination, a common weakness of other emergency lights, is provided.
Compact: units are about the size of a hockey puck. They can be mounted or stored just about anywhere on your bike.
Versatile: units can be used for traffic control, as a warning light, as a rescue beacon, and so on. Because they are watertight and non-reactive, they can be used in places where old-fashioned flares would be dangerous, such as in dry brush or in the presence of gasoline. And who really wants to carry an old-fashoned burning flare on your motorcycle!?
Plus, you can use them while hiking, rollerblading, and many other sports and activities.
Size 4.25” (12cm) diameter x 1.25” (3.5cm) tall
Weight Less than 7 oz. (200g) with battery
Battery 1 CR-123 Lithium battery
Shelf-Life 10 years
Buoyancy Positive (floats)
External Power Non-rechargeable
CR-123 Battery
Op. & Storage
Temps Fahrenheit: -40/-40 to 212/248 deg F
Celsius: -40/-40 to 100/110 deg C
Emission
Source 360 degree LED array: solid-state; no filament
Flash Patterns
(User-Selectable)
Max. Run Times,
Continuous
Flash Pattern PF -200
Solid-On High: 8 hours
Rotate: 15 hours
Alternate: 10 hours
Quad-Blink: 15 hours
Double-Blink: 30 hours
Fast-Blink: 12 hours
Slow-Blink: 100 hours
Solid-On Low: 60 hours
“S-O-S”: 24 hours
Flashlight: 15 hours
shock, vibration, and water-resistance.
ON: just press the switch button;
OFF: press the switch button for a while.
LED safety light,LED safety lamp,LED warning light,LED warning lamp,LED powerflare,LED traffic light,LED traffic lamp,LED emergency light,LED emergency lamp,9-in-1 super flare LED safety light

Safety Products Made In China Products